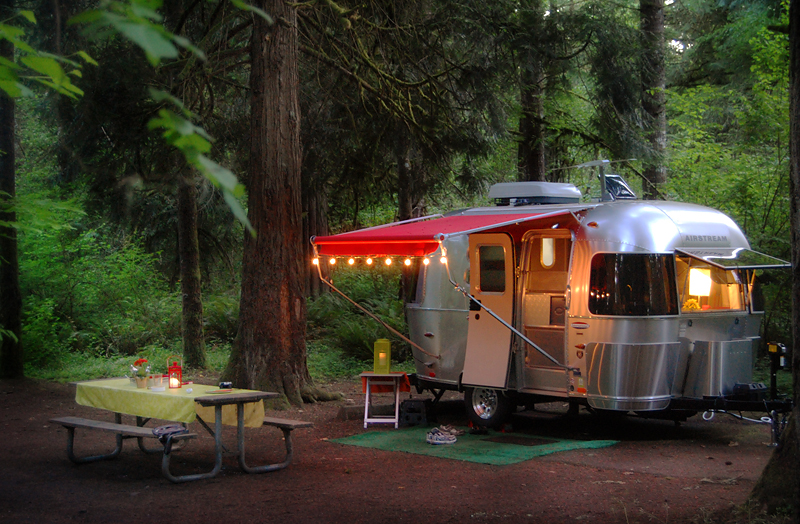 The forecast was for sunshine – 80 degrees, to be exact. It had been cloudy for an entire week and the extended forecast didn’t look promising either. So, middle of the week, we took off, headed for McIver State Park, literally in our backyard. It’s easy for me to leave now since I’m off for the summer, but Todd had to juggle a few things at work. We had never been to this park before and knew nothing about it other than it was close and it had  Verizon cell phone reception, which we needed because Todd had meetings to attend both mornings!

Tuesday afternoon we threw a few supplies in the car and off we went. It started out promising. The park, quite pretty really, was less than half full. The sites here are very large (ours was HUGE! Site 42…), and quite private. It looked more like a Forest Service camp ground than any other state park we’ve visited….added bonus of full hookups! 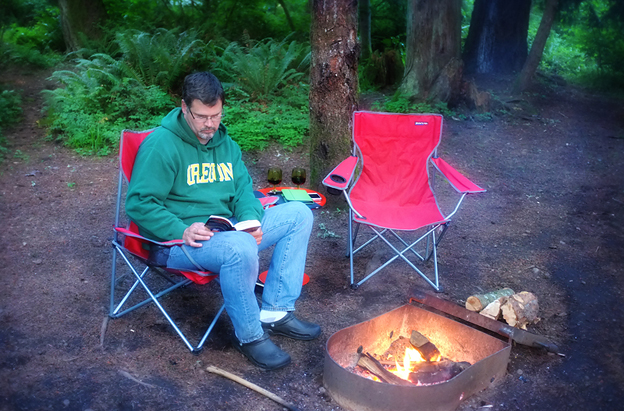 Tuesday night – in the rain!

We set up camp quickly – we’re really getting good at this, and just as we sat down to eat, we felt the first sprinkle. We were sure it was just a passing shower as all of the local stations promised clearings in the afternoon. Yet, five minutes later, it turned into a downpour that lasted well into the evening. Being under the trees helped keep us dry, and our fire never even went out. We moved our chairs under the awning and still enjoyed our night, lit by our pretty Christmas lights…another benefit of electrical hookups!

Wednesday morning we awoke to blue skies, and as soon as Todd was finished with work for the day, we hiked along Dog Creek and the Clackamas River. It has been an unusually wet and cool spring and summer, even according to northwest standards. Although I’m tired of the overcast, depressing skies, I’m glad I’m not in the western interior states that are suffering from extreme temps and wildfires right now.

An office with a view!

The trails surrounding the park are frequented by horseback riders, so after all of the recent rain,  they were muddy and chewed up. We trudged through the mud, but were rewarded with all varieties of wildflowers and berries in bloom. 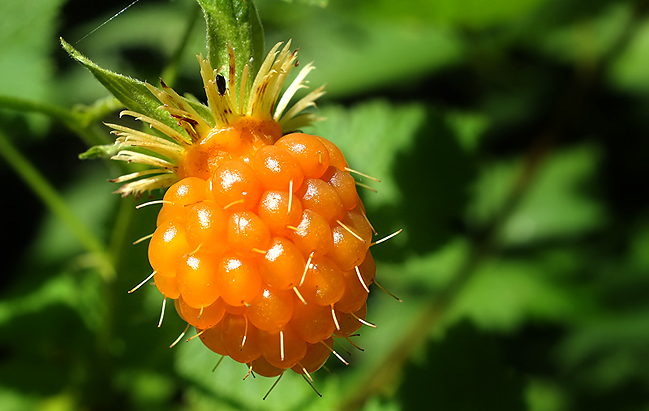 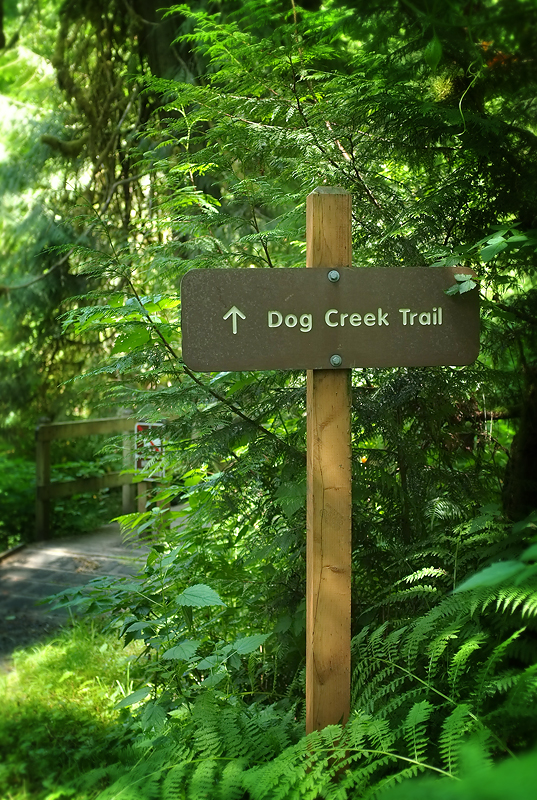 After exploring the park, we returned to camp early and read books for the remainder of the day. It was a nice 24 hours in the park!

Neat little retro table I found at Crate and Barrel 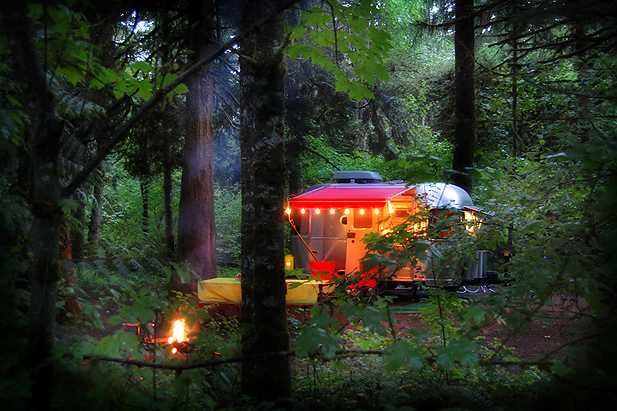 View from across the road…looks happy 🙂